“The problem with EMS is that it is not just a job, it’s an identity. It becomes who we are, shapes us and molds us into caring dedicated responders. Very few professions in the world are like this, most jobs you can go home and forget the work day of numbers, parts and manufacturing. However in this world you always hold a small part of each call, each response where at times we see the worst of humanity and what depravity man can inflict on his fellows. We stand witness to the awesome power of nature and physics at work in the human body. And then that day come for some of us, that last call where we put our bodies on the line one more time only for muscles and tendons to fail us. We suffer tears and breaks that we can never recover from and at that moment some of us spiral into deep depressions, and bouts of PTSD.” (codegreencampaign.org, 2016)

Consequences Of The Job

Many EMS employees and staff have to deal with traumatic experiences which eventually can cause stress, insomnia, depression, suicidal thoughts, and tendencies. These silent killers burnout the individuals and cause them to perform less efficiently at their jobs which require them to stay focused and concentrated no matter what the situation is.

What is Code Green?

The Code Green Campaign is a first responder oriented mental health advocacy and education organization. Code Green serves all types of first responders, including firefighters, EMTs, paramedics, dispatchers, police, corrections, air medical, and search & rescue. The primary goal is raising awareness of the high rates of cases like; PTSD, depression, anxiety, substance abuse, and suicide among first responders. The secondary goal is providing education for responders on how to provide care for themselves and recognize issues in their peers. Code Green’s mission is to eliminate the stigma that prevents people from admitting these issues and asking for help. The Code Green Campaign was founded in March of 2014 by a group of EMS professionals after they became aware of the high rate of PTSD and suicide among first responders. Once they became aware of the issues, they also became alarmed at the lack of discussion about mental health and suicide, along with the lack of education and resources available for first responders.

Code Green was initially founded as a storytelling project: the founders agreed that if there is one thing that first responders like to do, it’s to tell stories. They thought that if they gave people a way to tell their stories anonymously it may help jumpstart the discussion and reduce the stigma. Since then, Code Green has published a story every Monday, Wednesday, and Friday.

In April of 2014 The Code Green Campaign was granted nonprofit status in their home state of Washington, the first step towards becoming a federal 501(c)(3) organization. In December of 2014 the IRS approved Code Green’s application to be classified as a public charity operating as a 501(c)(3) organization. Code Green has benefited tens of thousands and has collected over 380 stories to raise awareness and remind providers that no one is suffering alone.

We’re All On The Same Team: The Helping Team

If you ever have feelings of loneliness, fear, depression, or suicide, please reach out to your team for help and support. Please utilize the Code Green Website for any issues you or a loved one is going through. Do not be afraid to get help. If you know someone in EMS, please share this with friends and family to help support them and the cause. 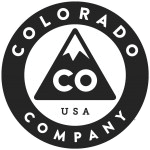 If you have questions regarding your bill or regarding who pays for your medical transport, please contact our billing department at 844-259-4003 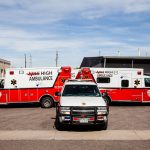 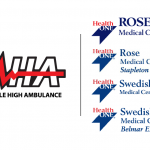